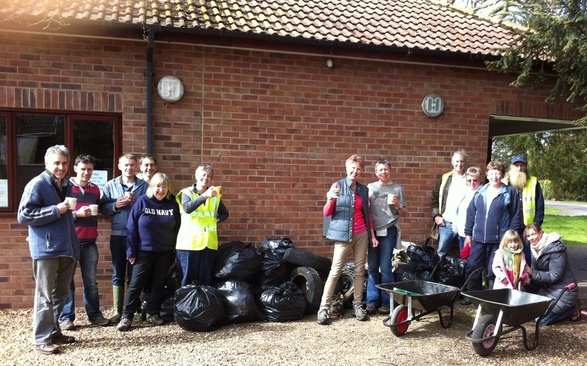 Glorious spring sunshine developed during the morning despite a misty and slightly chilly start.  Twenty-four villagers gathered on the village green before setting off around the village in search of litter. Ninety minutes later we met back at the village hall for a well-earned drink and biscuits. In the intervening time 27 bags of rubbish had been collected. Everything from the usual cans and plastic bags to car tyres, a motorcycle helmet and a toilet brush were picked up. Many thanks to all those who helped.